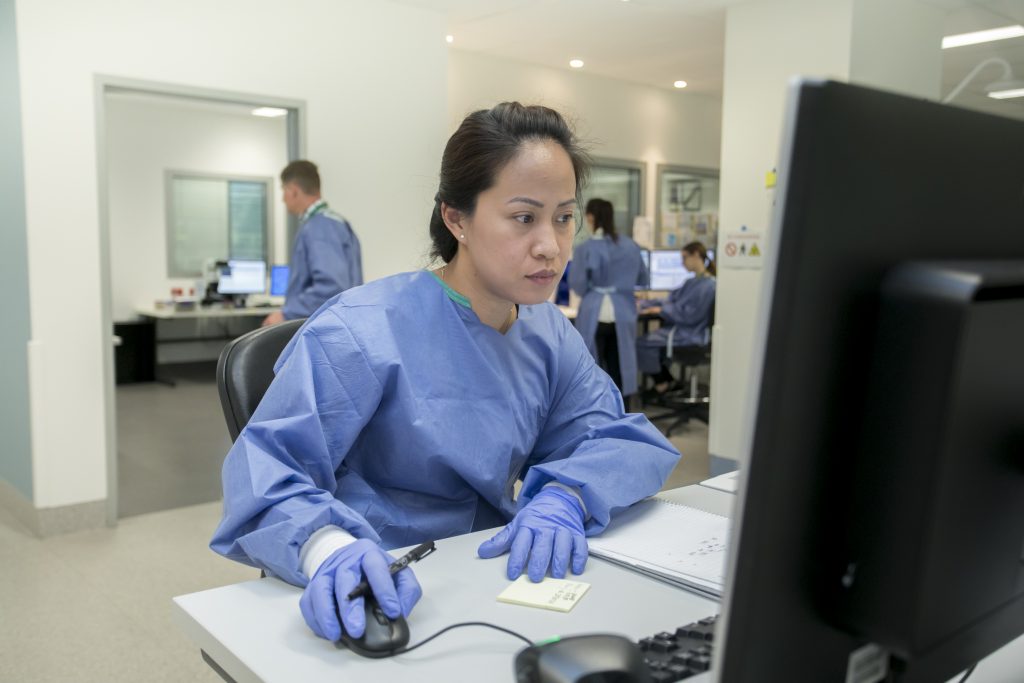 South Australian researchers have led the way on a world first discovery, identifying a genetic mutation responsible for a lymphatic disorder that may cause stillbirth or severe, chronic disease in affected children.

Scientists from CALHN’s SA Pathology and the University of South Australia have, through the Centre for Cancer Biology (CCB), identified the link between a protein coding gene called MDFIC and it’s role in the controlling the growth and development of the lymphatic vessels in the fetus.

The SA Pathology research team headed by Professor Hamish Scott initially found the genetic link in an Australian family in a genetic study of six families affected by stillbirth or lymphoedema. Their international colleagues in Belgium, Germany and the US reported variants in the same gene, MDFIC, in several patients with the same lymphatic disorder. The combined findings showed that mutation of the gene hinders the normal development of the lymphatic system and can result in fluid accumulation in vital organs and tissues.

“The lymphatic system is a network of vessels (pipes) and nodes (filters and control centres) important for maintaining fluid balance in our tissues and transporting infection-fighting white blood cells throughout our bodies,” CCB Director Professor Natasha Harvey explained.

“If the lymphatic valves don’t form properly, lymph fluid accumulates in critical organs such as the heart and lungs, causing major respiratory problems that may eventuate in stillbirth or chronic disease.”

Few effective treatments are available for the disorder, known as central conducting lymphatic anomaly. Researchers are working to identify further genetic causes and SA Pathology’s Prof Harvey says the next step is to develop new therapeutic drugs to combat the disease.

“There are existing drugs that may be used to treat these disorders, but we need to make sure that the signalling pathway that’s treated by those drugs is the same pathway that is affected in our patients.

More about the discovery

The findings were published this week in the journal Science Translational Medicine and you can hear more, directly from the researchers, in a video from the lab.