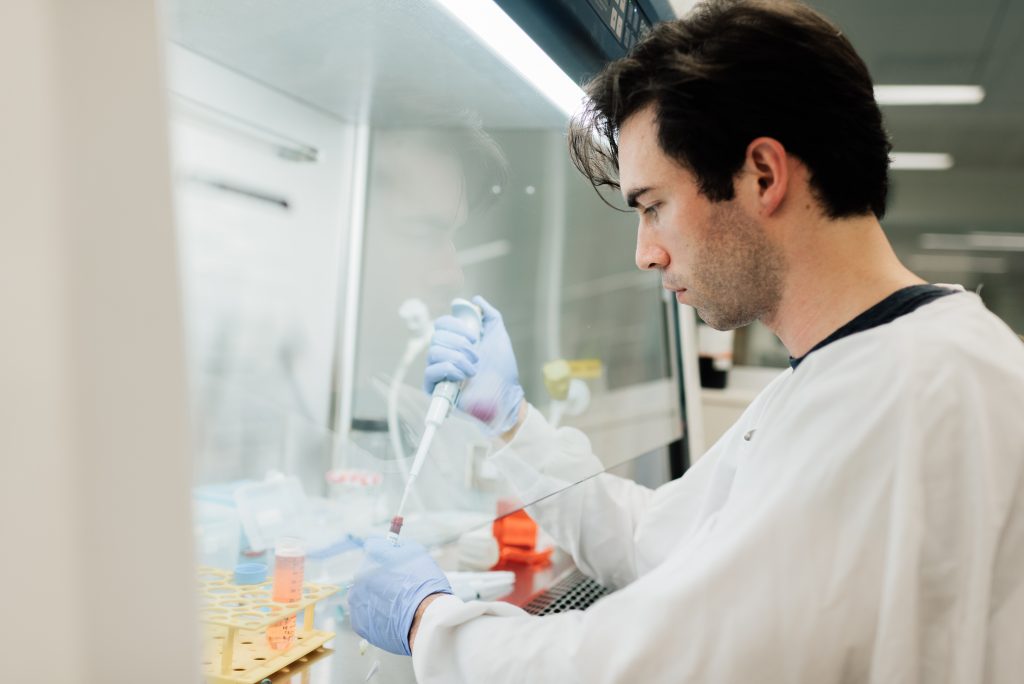 SA breakthrough in the fight against drug resistance and leukaemia

South Australian scientists have made a significant breakthrough in the fight against drug resistance affecting patients with acute myeloid leukaemia (AML), a rare blood cancer that kills most sufferers within a few years.

The breakthrough by scientists from CALHN’s SA Pathology team and the University of South Australia, through the Centre for Cancer Biology (CCB), could revolutionise the treatment of AML.

“Each year in Australia, around 900 people are diagnosed with AML, a cancer of the blood and bone marrow characterised by an overproduction of cancerous white blood cells called leukaemic blasts,” said researcher Professor Stuart Pitson, Head of the CCB’s Molecular Therapeutics Laboratory.

“These cells crowd out normal white blood cells, which then can’t do their usual infection-fighting work, thereby increasing the risk of infections, low oxygen levels and bleeding.”

Venetoclax, a new therapy for AML recently listed on the PBS, initially produced positive results for AML patients, according to SA Pathology haematologist Associate Professor David Ross, but over time AML cells become resistant to it.

The CCB researchers used a large biobank of patient-donated AML biopsies and world-leading advanced pre-clinical models to demonstrate that by modulating lipid metabolism in the body, a protein called Mcl-1 is inhibited in AML cells – the protein that facilitates drug resistance.

Following this discovery, the CCB team is now working to optimise drugs targeting this pathway to take into clinical trials for AML patients.

“For most people with AML, the chances of long-term survival are no better now than they were last century,” A/Prof Ross says.

“Now, we have a chance to remedy that. New treatments that prevent Venetoclax resistance have the potential to prolong survival, or even increase the chances of a cure in a disease for which improved outcomes are desperately needed.”

More on the discovery