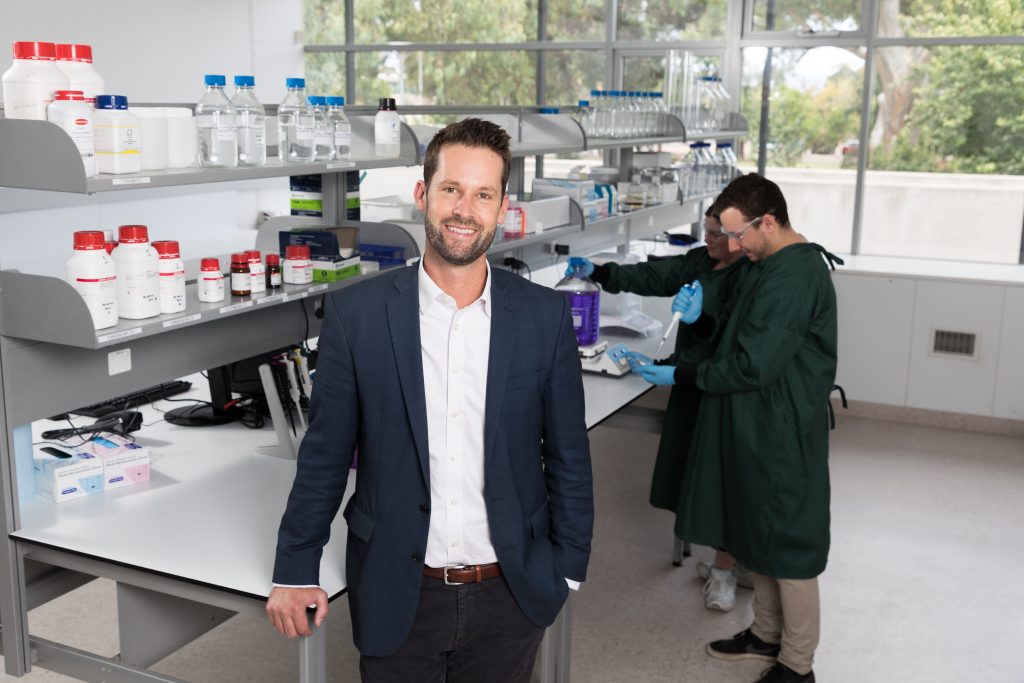 With increasing evidence showing the link between Parkinson’s and gut health, this exciting trial involves transferring gut microbiota from a healthy person into the intestines of someone living with Parkinson’s to reduce common and adverse symptoms, like constipation. This process is known as an FBT.

A FMT involves transferring gut microbiota from a healthy person into the intestines of someone living with Parkinson’s to reduce common and adverse symptoms, like constipation.

Constipation affects 90 per cent of people living with Parkinson’s and there is an increased risk of Parkinson’s in those who already have inflammatory bowel conditions.

“Constipation is a common problem for many people with Parkinson’s and has a wider impact on the person’s health and wellbeing,” says Dr Robert Bryant, co-founder and VP of Translational Medicine at BiomeBank and Head of IBD Service at The Queen Elizabeth Hospital.

The new, interventional clinical study aims to meet an unmet medical need of exploring whether the microbial therapy is safe and tolerable in people with Parkinson’s, as well as patient response to existing therapies for the disease.

He and his team ultimately aim to assess biological impact of FMT on patients using dopamine scans which monitors the brain for abnormalities.

It is hoped the study will also provide some preliminary information on whether FMT can improve motor and non-motor symptoms of Parkinson’s, including chronic constipation.

Cassandra Hewett lives with Young Onset Parkinson’s and hopes to benefit from the study because her chronic constipation is the source of so much discomfort despite maintaining optimal diet, exercise and fluid intake.

“I’m hoping this research will change my life”, she says.

Results of this pilot study will inform the design of future, larger studies and is an important first step for microbial drug development, which places Adelaide on the global stage for innovative patient-driven research and drug discovery.

The interventional clinical study is the result of a collaborative partnership between Nuclear Medicine and Gastroenterology within the Royal Adelaide Hospital and The Queen Elizabeth Hospital; The Hospital Research Foundation (THRF) Group, BiomeBank and the Departments of Neurology.