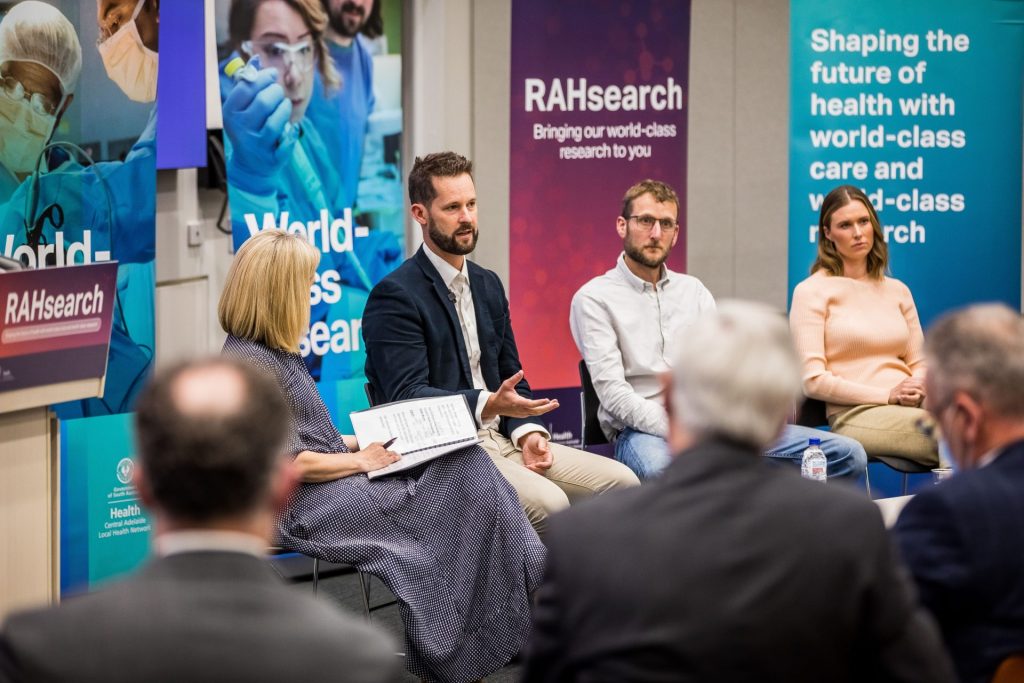 Approximately 100 trillion micro-organisms exist in the human gastrointestinal tract and function as a virtual organ.

“Our research is at the cutting edge internationally: both our work on faecal microbiota transplantation as well as defined dietary therapies for inflammatory bowel disease,” said Associate Professor Bryant.

Inflammatory bowel disease is an umbrella term for a group of disease which include ulcerative colitis and Crohn’s disease.

“Modern life is having a really detrimental effect on gut health. We’re seeing a microbial extinction which is compounded across generations.”

Replenishing the microorganisms in the gut with a modified diet, and by transplanting health microbiota has drastically changed the lives of trial participants with ulcerative colitis.

“I‘ve gone from having slight symptoms of IBD before the FMT trial and now I have no symptoms at all,” said Nathan Wegner a patient who received faecal microbiota transplantation.

For Rachel Fenwick, a change in diet relieved severe and distressing symptoms.

“The most difficult part of ulcerative colitis was not understanding what was happening in my body. It plays on you mentally and physically. I found that the dietary study run by A/Prof Bryant turned the corner for me.”

More on the research

Associate Professor Bryant is presented on this work at RAHsearch 2022.