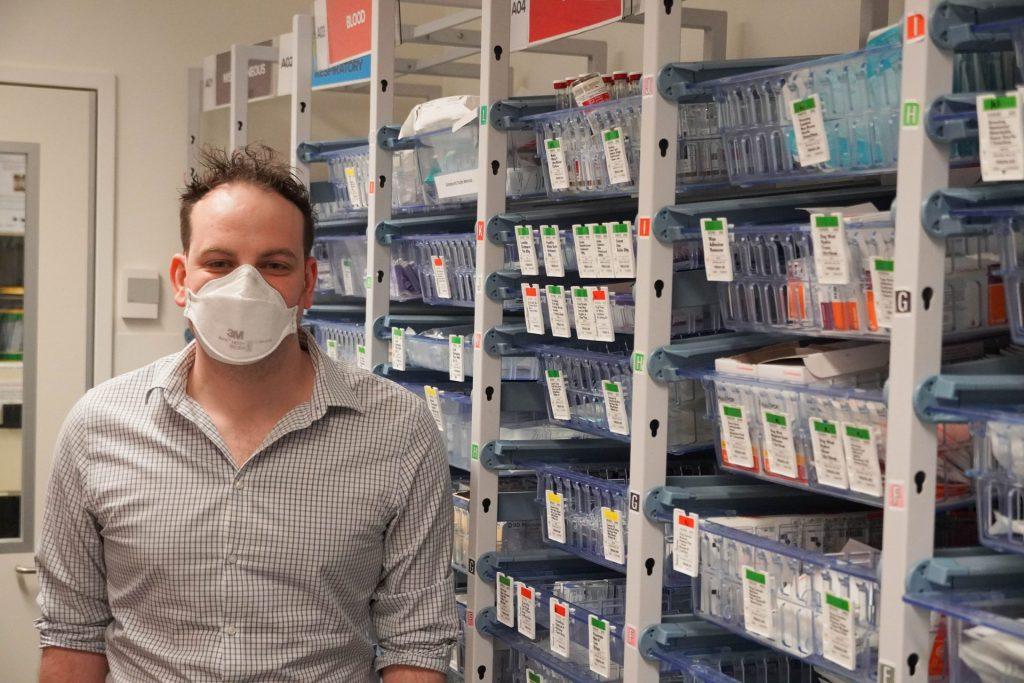 A study in the haematology unit at the Royal Adelaide Hospital (RAH) has found less toxicity, better total antifungal protection, and a lower overall cost by switching to a new drug pathway of fungal prevention for patients receiving an allogeneic stem cell transplant.

A threat to the vulnerable

Patients who have had an allogeneic stem cell transplantation have significantly impaired immunity.

“Increased susceptibility to fungal infection is one of the biggest issues that can cause complications for these patients,” said Phil Selby, Senior Clinical Haematology Pharmacist, SA Pharmacy at the RAH.

Common complications include fungal lung infections which can make patients very sick and worsen the outcome of their transplant.

Despite this known problem, there is no consensus on how antifungal agents can be best used to prevent infection.

However, there are times when patients undergoing a transplant cannot tolerate oral medications, either due to side effects from their chemotherapy or from the anti-fungal itself, or when they become too sick to take or absorb tablets.

This requires a switch to intravenous (IV) antifungal drugs, of which there are several. Switching between medications can compromise their antifungal protection as well as increasing healthcare costs.

The research team compared the outcomes of a new drug pathway for patients who switched from first line oral posaconazole to either IV voriconazole or IV posaconazole.

“IV posaconazole was not the first IV option in the past because it is expensive. But we thought that if we spent extra money upfront, we could prevent further costs that build up as patients cycle through different drugs.”

Clear benefits to the switch

This is backed up by another finding: patients who switched directly to IV posaconazole were significantly less likely to experience neuropsychiatric adverse events such as visual hallucinations, which can occur with IV voriconazole, the other commonly used drug.

“Because we were providing more consistent antifungal coverage, we didn’t have to escalate patients to liposomal amphotericin b, which is the costliest antifungal we have,” said Mr Selby.

“And if patients don’t have to change between antifungal agents, that’s beneficial for their antifungal protection.”

“Reducing side-effects is really important for patients because it means improving their experience throughout their transplant.”

As an added benefit, the total antifungal drug expenditure was also significantly lower with the new antifungal prophylactic strategy.

“This has already changed our practice here at the RAH,” said Mr Selby.

“We have contributed important knowledge to this area and it provides evidence for clinicians to optimise their practice in the prevention of fungal infections in allogeneic stem cell transplant recipients.”

The research team is continuing this work, particularly in optimising the dose of antifungal agents throughout the patient journey to provide the best protection.