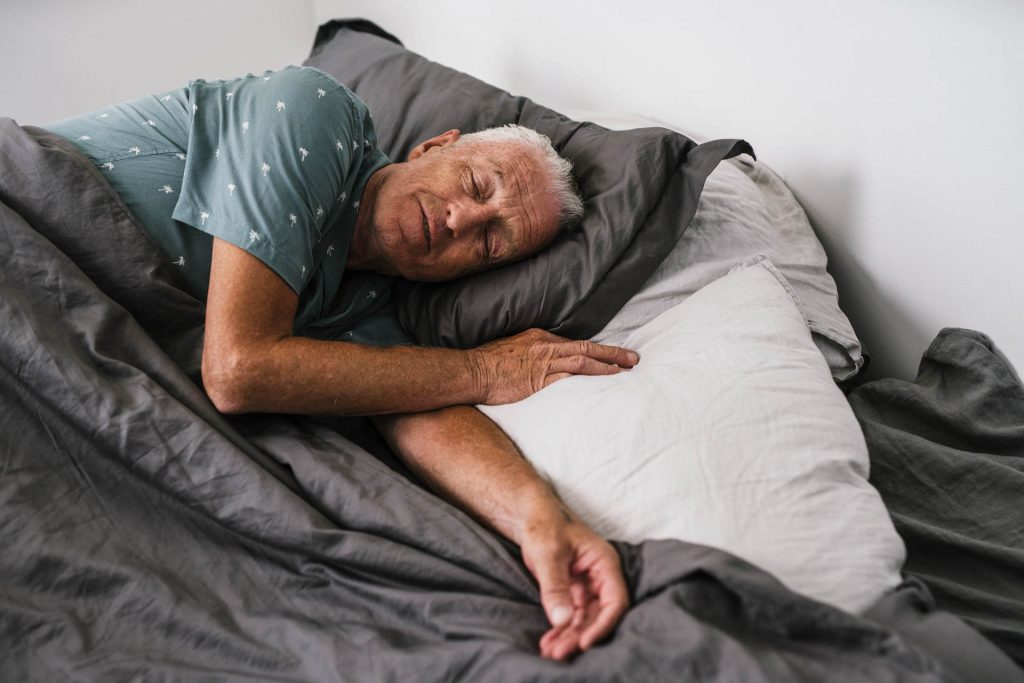 In the first study of its kind, researchers at The Queen Elizabeth Hospital have linked poor sleep quality and quantity to low muscle strength.

Among older people, low muscle strength is an important biomarker of negative outcomes such as hospitalisations, cognitive impairment, and mortality.

Preventing or slowing the age-related loss of muscle mass and function, known as sarcopenia, is critical to preserving the health of the aging Australian population.

In the first large population-based study to use objective measures of sleep obtained by polysomnography performed at home, they found a clear relationship between sleep and poor muscle health.

Using polysomnography data, the most accurate method of measuring sleep, the team found that short (below 6.2 hours) and long sleep duration (over 8.5 hours), poor sleep quality defined by less than 80 per cent of the proportion of bedtime sleeping, increased night-time wakefulness (more than 90 minutes spent in bed but not sleeping), and severe obstructive apnoea were each associated with low muscle strength.

“Sleeping better, both in terms of sleep quality and duration, is important,” said Dr Ronaldo Piovezan, lead researcher and Senior Registrar of the Aged and Extended Care Services Department at The Queen Elizabeth Hospital.

Is long sleep duration a problem?

While long durations of sleep do not directly harm health itself, it may be a symptom of underlying illness, increasing the need for prolonged sleep.

Obstructive sleep apnoea occurs when the throat muscles and the tongue intermittently relax and block the airway during sleep.

It is one of the most important conditions in older adults with consequences including heart attack, stroke, cognitive impairment, and Alzheimer’s disease.

This study has shown a clear association between low muscle strength and obstructive sleep apnoea.

“As we age, we get reduced muscle strength and endurance of muscles in the upper airway, we are more likely to have airway collapsibility while sleeping,” said Dr Piovezan.

“Good muscle health, through exercise and nutrition, is important to reduce the risk of obstructive sleep apnoea”.

This study was possible thanks to the public sharing of data between Dr Piovezan, his colleagues in Adelaide, and researchers from the CoLaus study, a population-based cohort of 6734 middle-aged participants from Lausanne, Switzerland.

Click here to read the published article, which was awarded the Editor’s Choice for the October Edition of Maturitas journal.