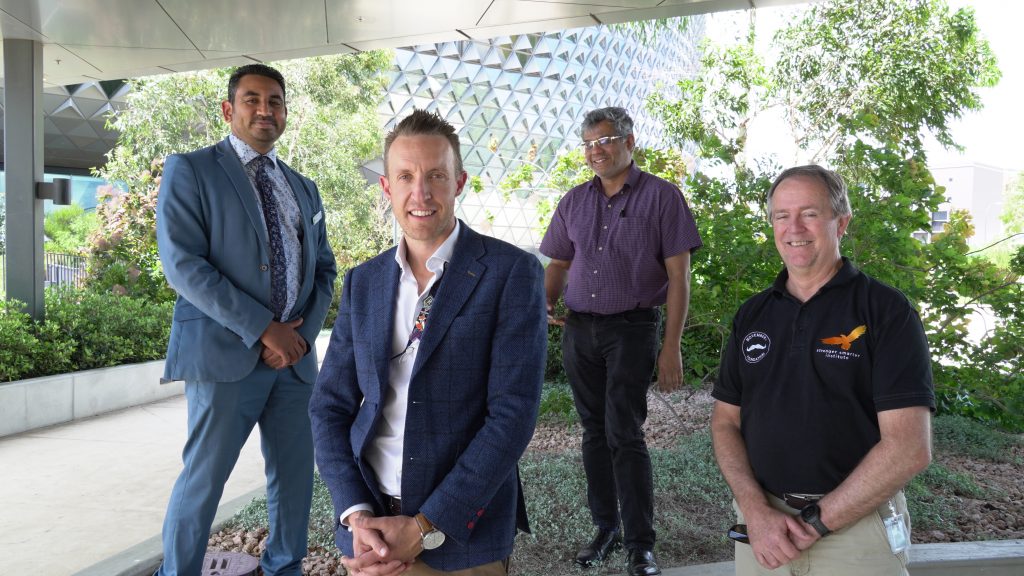 Staff across the network put down the shavers throughout November in honour of Movember to help raise funds and awareness for men’s health.

Congratulations to the teams from CALHN who took part in the challenge. The Gentlemen of Upper GI, #CALHNBeLikeUs and the CALHN Physiotherapy Team together raised over $12,500 for the cause. A massively hairy effort indeed from the teams!

Mr Harsh Kanhere, Head of Unit for Upper GI Surgery at the RAH, one of The Gentlemen of Upper GI said “men’s health is an important and often neglected issue and we thought this was the best platform to contribute to this important cause.”

“We thought it was very important for us to highlight the mental and physical health issues for men – that’s why most of the team took part in the ‘move’ challenge as well as the mo grow!”

It wasn’t just mo’s that made an appearance across the network during Movember. Mr Kanhere walked / jogged 100kms, and the remaining gentlemen contributing a further 50km. Fellow team member Dr Prathapa Matheesha Herath swam 51.5km over the course of the month to add to the move tally.

Rollerskates also made an appearance, with RAH physio Amy skating over 60km to do her part for the challenge. We heard that despite one minor accident, Amy made it through the month relatively unscathed!

When asked why rollerskates were her move challenge of choice, Ms Skipworth said “I am passionate about roller skating, and set myself a goal of 60kms for the 60 men we lose to suicide each hour, every hour around the world.”

“I had chats with some of my male friends who have experienced mental health issues who thanked me (and the Physiotherapy team) for raising awareness around something that they have struggled with for so long.”

The money raised will go towards mental health, suicide prevention and reducing prostate and testicular cancer rates amongst Australian men.

Well done to everyone who got involved and those who donated.