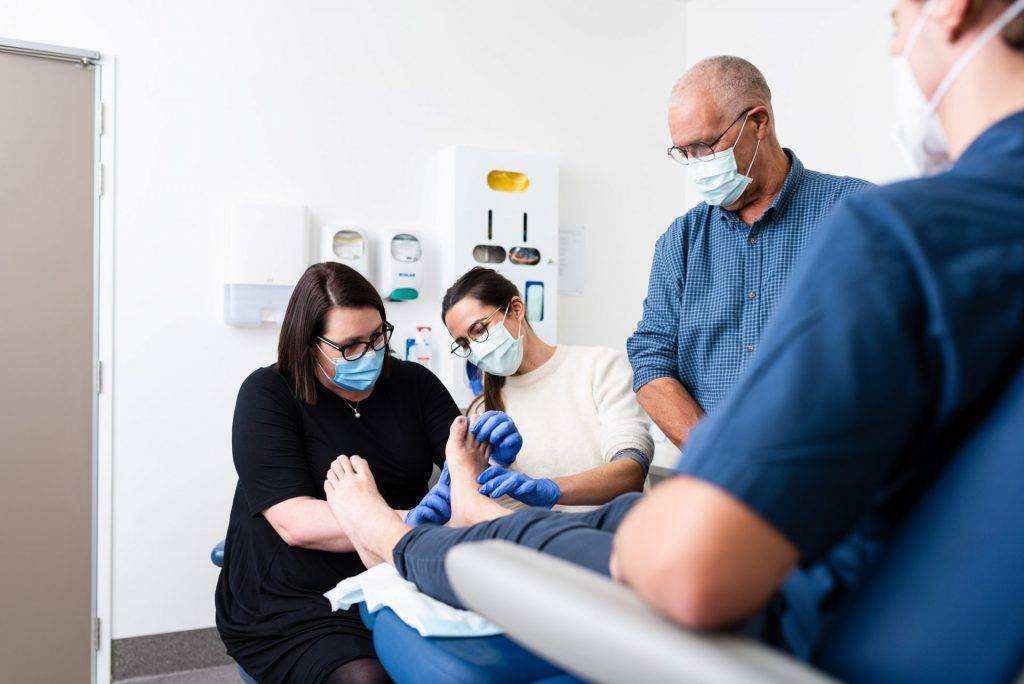 Vascular researchers have successfully used a revolutionary artificial skin-like template to treat complicated diabetic foot wounds, a development which could save hundreds of patients a year from foot amputations.

Reduced sensation in the feet, caused by damage to sensory nerves, as well as poor blood flow due to arterial disease are complications associated with diabetes.

Large wounds exposing bone and tendon can develop unnoticed or after sepsis and fail to heal on their own, leading to necessary amputation.

This innovation has helped to heal wounds in 13 patients with a variety of complicated wounds, with a low risk of reulceration and infection.

Compared to alternatives, the technique is more robust, more ergonomic and cheaper. The high stresses on the affected areas of the feet when walking usually cause a skin graft to rub off, and extensive wounds will often take 6-12 months to heal without BTM or the usual alternative: a free microsurgical flap.

BTM also seems to be a major benefit to patients who live in rural and remote areas, who make up a significant portion of affected patients, due to likely shorter hospital stays and faster wound closure.

“A large component of our diabetic population is in rural areas. What this hopefully does is help prevent major limb amputations and offer them a more accessible treatment option outside of specialised hospitals in future” said lead author Dr Beatrice Kuang, Vascular Surgery Research Registrar at the RAH during the study.

The NovoSorb® Biodegradable Temporizing Matrix (BTM) is an artificial foam-like material developed to protect major wounds and burns and acts as a foundation for skin growth.

“We were quite fortunate that BTM was developed by the RAH Skin Engineering Laboratory and the Adult Burns Unit, led by Professor John Greenwood AM, and was made readily accessible for our study” said Dr Kuang.

BTM was conceived in 2004 and designed and developed for use in major burn victims over the next 12 years by Professor John Greenwood AM, Medical Director of the RAH Adult Burn Service between 2001 and 2020. Prototypes were evaluated in the Skin Engineering Laboratory he founded and progressed into human wounds and major burns.

It temporarily closes the wound and prevents moisture loss and supports the integration of new blood vessels and tissue.

A current trial aimed to reduce the amount of time patients need to stay in hospital is taking place by RAH Vascular Surgery research group. The aims are to make the procedure possible within day surgery, so patients can return home quickly, and to reduce the need to return to hospital for review for the rural and remote community.

Future trials aim to evaluate its potential diverse use in vascular surgery such as treating groin wounds.