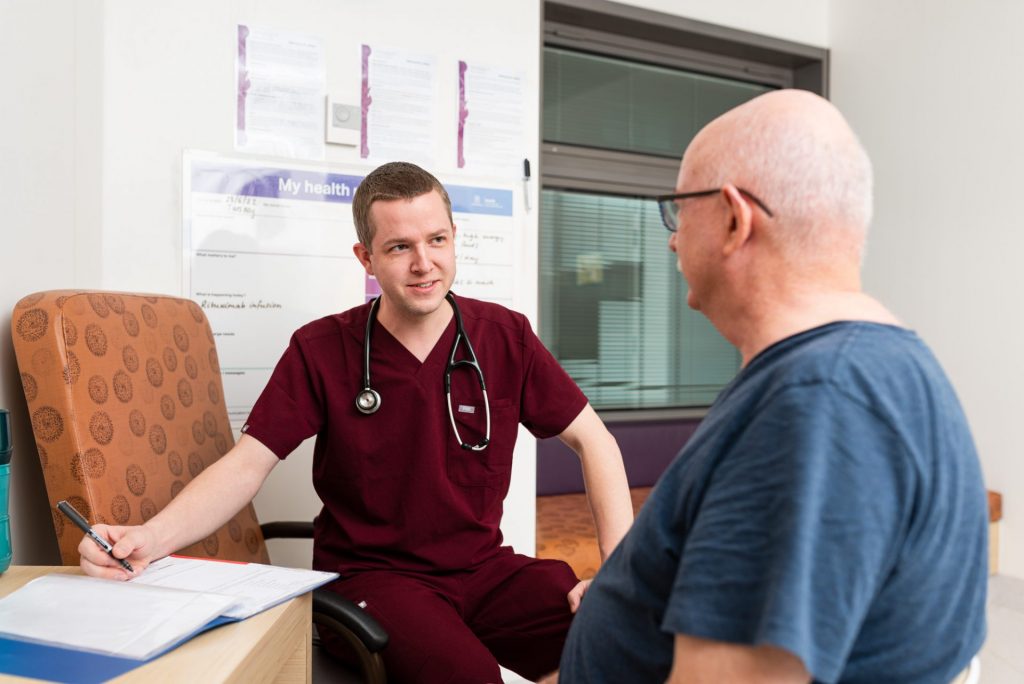 Research is underway at The Queen Elizabeth Hospital (TQEH) on a chemotherapy-boosting drug to treat advanced pancreatic cancer.

TQEH researchers have proven CEND-1 is safe and have launched a large multicentre trial for the drug which is showing promising signs of extending the survival time of patients.

Compared to other cancers, pancreatic cancer has a poor prognosis with a median average survival time of eight to ten months.

For treatment, patients are still heavily reliant on chemotherapy, unlike some other cancers which have other treatment options such as immunotherapy or molecular therapy.

Professor Tim Price is leading the research team at TQEH where the ASCEND trial is aiming to increase the time that the cancer is under control and overall survival.

“So rather than 8-10 months, realistically, we’re looking to shift that out to closer to a year or more. That would be the initial goal. And we’ll get this signal from the current study,” said Professor Price.

On its own, CEND-1 is not an anticancer drug. It’s a compound given via drip infusion at the same time as chemotherapy that uses molecular targets to increase the delivery of standard chemotherapy drugs into the cancer cell.

It targets a protein called arginine–glycine–aspartic acid (RGD) that is abundant in cancer cells and activates a channel that allows the anticancer drugs to enter the cancer cells.

“It assists the chemotherapy to get to the right place, and because it’s not an anticancer drug itself, it doesn’t increase the side effects of the primary chemotherapy,” said Professor Price.

Professor Price and his colleagues at TQEH previously led a multicentre phase 1 trial to assess the safety and toxicity of CEND-1.

They found that CEND-1 was safe with no toxic effect which would otherwise limit its acceptable dose. Encouragingly, they also observed a higher tumour shrink rate with the drug and a longer period of progression-free survival, or a delay in cancer growth.

“As we increased the dose of CEND-1, the side effects were as we would expect with the normal chemotherapy. So we were able to increase the dose to the maximum,” said Professor Price.

“What that meant was there was information about both the tolerance of the drug, and also the proof pf principal that it seemed to be increasing the effectiveness of the chemotherapy by improving that delivery.”

The information from the initial phase 1 trial has led to the larger national and international multi-centre study, supported by the Australasian Gastro-Intestinal Trials Group.

“One of the benefits for having this study at CALHN is that we can offer the treatment to our patient population. It is a novel drug with activity in a cancer that is an area of need.”

If patients with advanced pancreatic cancer are looking for clinical trials to participate in, they should talk to their treating clinician about the ASCEND trial for a referral.